Phone: (239) 207-3403
Apps
Select online apps from the list at the right–you’ll find everything you need to conduct business with us. 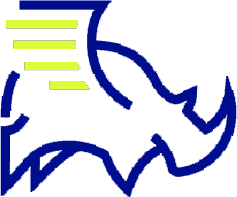 Got Stuff? George Carlin Says You Need An Estate Plan!

George Carlin would have been a great pitchman for estate planning. You may remember his stand-up routine on “stuff.” We all have stuff, and we’re pretty particular about our stuff. We move it around with us, it’s hard for some of us to get rid of it, and some of us don’t like our stuff mixed up with other people’s stuff.

During your lifetime, you collect a lot of stuff, some of it valuable and some of it not. But because it’s your stuff, it means something to you. You already know you can’t take it with you when you die, so there has to be some way of distributing your stuff to other people.

Normally, you want your stuff to go to people you care about… your family and special friends, sometimes a worthwhile cause. And you may want certain people to have certain things to remember you by.

Document Instructions for Your Stuff

When you die, all your stuff, no matter how valuable or invaluable it is, is called your “estate.” In the simplest terms, an “estate plan” is your instructions for getting your stuff to the people you want to have it after you die.

An estate plan must meet certain legal requirements, including that it must be written down, it must be signed by you, and it must be witnessed by other people who see you sign it (legal requirements in Florida and most other states). Your estate plan may be very simple, or it may be more complex, depending on how much stuff you have, how long you want your stuff to provide for the people you care about, and when you want them to actually get your stuff. For example, you’d probably want to wait a few years before that cute two-year-old receives grandpa’s antique pocket watch.

How Do You Get an Estate Plan?

You decide who you want to get your stuff and when you want them to get it. Your attorney then puts your instructions into a legal document called a will or trust. (There are distinct advantages to using a trust, but we’ll save that discussion for another time.) Also, while you can legally write your own, you have a much better chance of your estate plan working if you have an experienced attorney do it for you (for e.g., Matt Goodwin at Goodwin Law, P.A.). To be frank, laypersons mess it up all of the time (and even some attorneys, but that’s also a discussion for another time).

What Happens if I Just Don’t Get Around to It?

What if you die and you don’t have an estate plan? Well, there still has to be a way to get your stuff to other people, so the state in which you live has a plan waiting if you don’t have one. The only problem is that you won’t have any say in who gets your stuff, and someone might get left out – and – your stuff may go to a stranger – some “heir at law” that you don’t even know.

Example 1: If more than one of your relatives want the same part of your stuff, that can get messy and expensive… and a lot of your stuff will be used to pay the courts and attorneys to sort it all out. (Happens ALL the time.)

Example 2: If you’re not married and you want your significant other to get some of your stuff when you die, you’d better get your plan in place, or it just won’t happen. Under the state’s plan, your stuff will go to your blood relatives. Period.

Example 3: If you’re married and you’ve got kids, don’t be too sure that your spouse is going to get all your stuff. Your kids will probably get their share of your stuff, which means your spouse may not get enough of your stuff to live on.

By the way, if your stuff includes kids, then you really must have a written estate plan. Otherwise, the court will decide who will raise them if something happens to both parents.

If you’re responsible enough to have your own stuff, you need to be responsible for making sure what will happen to it after you’re gone. Let’s make sure you do it right; call my office now and we’ll help you translate your plans for your stuff into legally binding documents.